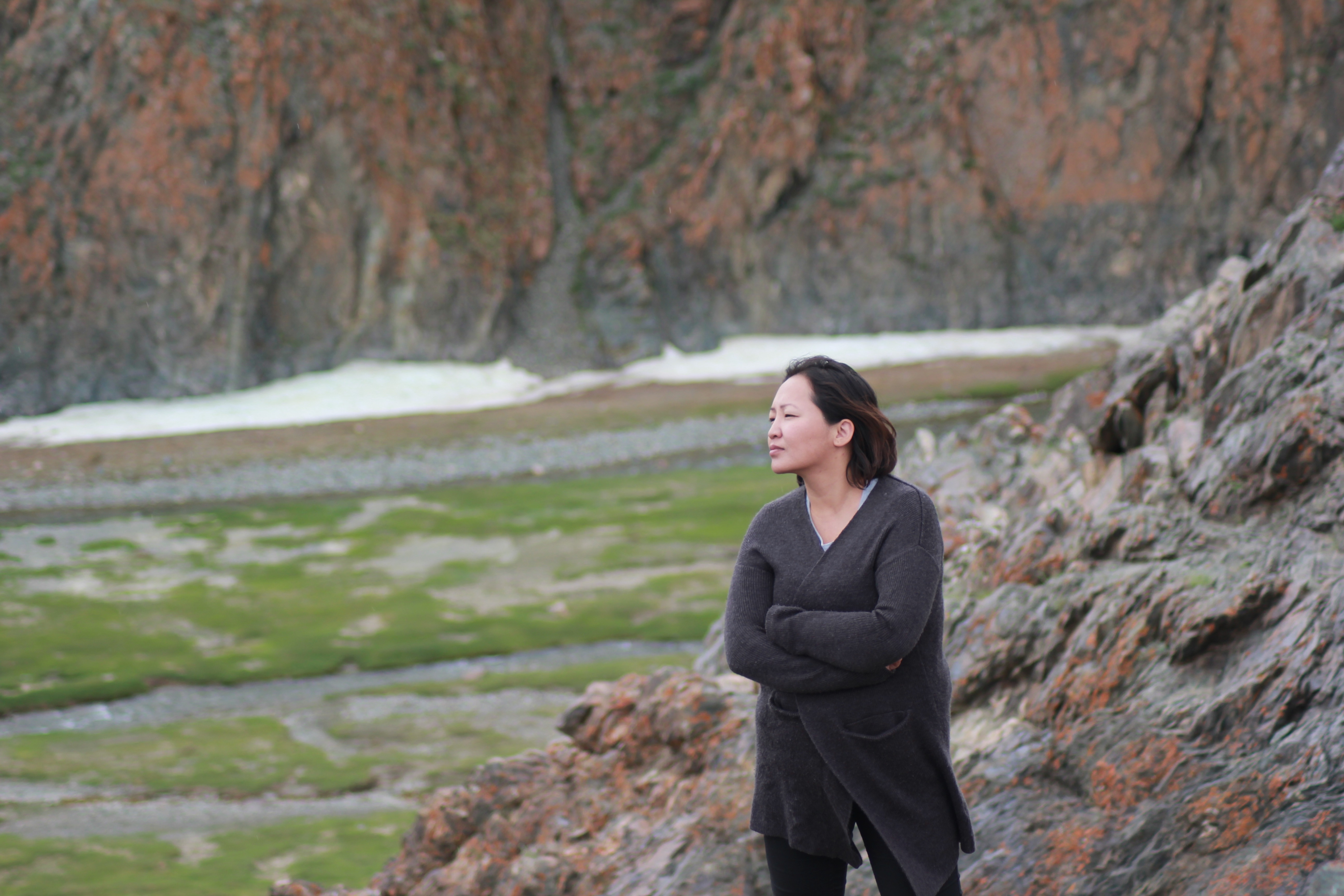 Bayasgalan Batsuuri was born in Bugat soum, Gobi-Altay province, Mongolia in 1986. She is a poet, writer, literary translator and co-founder of a publishing company named Tagtaa Publishing LLC. She is also a member of "Blue sense" literary group.

Her first poetry book "The thirteenth month's rain" was published in 2009. In 2010, "Blue sense-Collected poems" was published in which her poems were published along with poems of the other seven members of "Blue Sense" literary group. Since then, she has been anthologised widely. Besides her recognition as a poet, she is one of the most promising literary translators of her country. She translated more than fifteen books from English into Mongolian including "Snow" by Nobel Laureate writer Orhan Pamuk.

In 2017, she was honoured with the title of "The best personnel of the cultural field of Mongolia" by Mongolian Government.

On the infinite road we started,
gradually, your light has gone out.
The wind which brought you to me
has died down in my heart.

It was strange to think about you in the darkness,
to miss your eyes and smile in starkness.
I felt dreadful and insecure
to know that I was holding an intangible soul,
that we were walking on a tumbling roll.

When I realized that we were not able to see anything
other than the laughing faces of ourselves
in the glimpse of each others’ light,
your light has gone out, fortunately.

I am heading to my homeland,
where my ancestors are sleeping on their stone beds.
Life is not a thing which goes as planned.
However, it is a universal truth that I would end in their shade.

Oh, the eternal blue mountain in the distance!
You are the shrine which keeps my ancestors’ souls.
Your glorious sight shows me the true meaning of existence.
Be alive every minute of life, but keep the dead inside your body!

The string of lonely days of my life
will be cut off very soon by your lovely sound.
Then, I will leave the days of my innocent youth behind
and come to your side smilingly.

I have made my hair grow this long for you.
Let it be your rope to hold me back, if I wish to walk away from you.
I have cut the cord of my soul completely for you.
No one could play jump-rope with it anymore.

Now, my last wish is to listen to the innocent voice
of the girl who sings in a heavy rain.
To see all my desires which I once cherished in vain
scatter on the ground like drops of rain.

I would not tell you when it was the last time I cried.
The fierce, white days, like the baring teeth of a savage dog are
rushing towards us from the future.
But, don’t be afraid of them, my darling.

The eyes of mine, like little boats
that could carry you away from any torture
are floating on their tears silently.

I am still glaring at you by the eyes,
which would cry for you many times in the future.
Yet, when I feel the happiness of having your sight in front me
The tears under the boats begin to wave.